A ‘must read’ for anyone with a desire to understand Middle East policy.Admiral William Fallon, former commander, CENTCOM

Chas W. Freeman Jr. is one of America’s most brilliant and experienced diplomats and an outspoken advocate of diplomacy and other measures short of war to address international problems. In America’s Continuing Misadventures in the Middle East, Freeman builds upon an earlier volume on Washington’s Middle East policies to examine the state of U.S. foreign policy in the region since 2010.

In this volume, Freeman deploys his deep insight and wit to explore the ongoing ramifications of the Israel-Palestine conflict, the complex consequences of the Arab Spring, and the increasing roles played in the region by China and other powers. He also explores possible policy remedies for the United States’ many recent military and diplomatic “misadventures” in the Middle East.

Table of Contents
Introduction: Lessons from America’s Continuing Misadventures in the Middle East

Part 1: The Role of the Israel-Palestine Conflict

Is Israel a Strategic Asset or Liability for the United States?
America’s Faltering Search for Peace in the Middle East: Openings for Others?
Failed Interventions and What They Teach
Israel-Palestine: The Consequences of the Conflict
Hasbara and the Control of Narrative as an Element of Strategy
Grand Waffle in the Middle East
Israel’s Fraying Image and Its Implications

Part 2: After the Arab Uprisings: Regression and Anarchy

Part 3: The Middle East and the World Beyond It

Paramountcy Lost: Challenges for American Diplomacy in a Competitive World Order
Nobody’s Century: The American Prospect in Post-Imperial Times
Obama’s Foreign Policy and the Future of the Middle East
The Geopolitics of the Iran Nuclear Negotiations
Saudi Arabia and the Oil Price Collapse
The US and Saudi Arabia: Marriage of Convenience on the Rocks?
Too Quick on the Draw: Militarism and the Malpractice of Diplomacy in America

Conclusion: Fixing the Mess in the Middle East
About the Author

Endorsement from Prince Turki AlFaisal
In America’s Continuing Misadventures in the Middle East, Chas Freeman has put together an incisive and much needed collection of his essays and speeches. His knowledge of his subject is precise and his diagnostic dissection of it is a joy to read. The joy does not come just from his blunt and assertive views, which are unique in my limited awareness of what American diplomats have written or said on the subject. His use of words and sentence construction is a delight in how the English language should be conveyed.

From the first page, he introduces the reader to his literary architecture this way:

Since 2001, Washington has quixotically attempted to exclude both militant Islam and Pashtun plurality from a significant role in governing Afghanistan, while making it safe for homegrown “narcocrats”. And “In 2001, Americans mistook mob rule in the streets of the Middle East for democracy and turned our back on leaders we had previously supported”. And “Sanctions……without bargaining with those on whom they are imposed are diplomatic and military cowardice tarted up as moral outrage”.

There is plenty in these essays and speeches that adds to knowledge of the Middle East and what is wrong in the way America has dealt with it. Ambassador Freeman’s frank criticisms of Israel and America’s unswerving and unstinting support for it are the reason why his appointment to the Intelligence Board was scuppered. Statements like “A predatory state (Israel) with cutting-edge military technology battles kids with stones and resistance fighters with belts of nails and explosives” and “Israel is vigorously engaged in the collective punishment and systematic ethnic cleansing of its captive Arab populations” made him a target of the powerful Israeli lobby. He was equally scathing about the Palestinian authority which “is on the Israeli and American payrolls. It has been appointed to represent the Palestinians by Israel and the United States, but its authority to speak even for the inhabitants of the West Bank is in doubt”. In a speech that he delivered in 2013, titled “Coping with Kaleidoscopic Change in the Middle East”, the Ambassador showed his prophetic skill, warning that, “It is in this context that we must anticipate some expansion of Russian influence in the Middle East”. He also provided advice on prioritizing American diplomacy by “setting an example that others see as worthy of emulation”. Saudi Arabia, Iran, along with Israel, Egypt, Syria, Iraq, and the other countries in the Middle East get the full treatment from him. Anyone who wants lessons in diplomacy will get the best instruction here– and those with a literary bent will delight in learning how to write beautiful English.
–Turki AlFaisal, former Saudi Ambassador to the United States and the United Kingdom; Founder, King Faisal Foundation

Endorsement from Uri Avnery
I prefer a friend who tells me the ugly truth to a friend who tells me beautiful lies. Chas Freeman belongs to the first category. Without sentiments and with a clear analytical mind he shows us how it happened and why. Perhaps he can help to save us from ourselves.
–Uri Avnery, Veteran Israeli peace activist; Former member of the Knesset
Endorsement from Andrew Bacevich
With unsparing wit and relentlessly clear-eyed analysis, Chas Freeman once more demonstrates why he is America’s best-informed and most incisive critic of U.S. foreign policy in the Middle East. You could read the editorial pages of the New York Times and Washington Post for ten years and you won’t find the wisdom contained in this very short but exceedingly shrewd book.
–Andrew Bacevich, author of America’s War for the Greater Middle East:  A Military History
Endorsement from Amb. William J. Burns
Chas Freeman’s latest volume offers a characteristically sharp and unapologetic critique of America’s role in the Middle East. For those who care deeply about this increasingly complicated region, whatever their perspectives, these thoughtful essays will challenge, provoke and illuminate.
–Amb. William J. Burns, President, Carnegie Endowment for International Peace; Former U.S. deputy secretary of state
Endorsement from William Fallon
With laser-sharp clarity and shrewd analysis, Amb. Chas Freeman offers a frank, no-holds-barred assessment of recent U.S. policy and involvement in the Middle East. Thoughtful and compelling, Freeman dissects virtually every aspect of the complicated American engagement in the region. This seminal work by one of our most insightful diplomats provides a vivid portrayal of events and lucid explanations of cause and effect. A ‘must read’ for anyone with a desire to understand Middle East policy, this book offers a comprehensive and peerless appreciation of what has transpired and straightforward prescriptions for the way ahead.
–William Fallon, Admiral, U.S. Navy (Retired); Former commander, U.S. CENTCOM; Senior fellow, Center for Naval Analyses
Endorsement from Thomas Pickering
This is a trenchantly stated, carefully and well worded series of analyses and assessments, mainly of U.S. policy over the last half decade, presented in a collection of important speeches by one of America’s diplomatic stars, focused on the Middle East, but with important insights into China and its relations to the region. Freeman is tough on all comers in the region, not just the United States, but also on Israel, Iran, the Gulf states and others. At rock bottom, this is a key exposition of major errors and foibles of policy and execution along with critical ideas for the major course corrections that should be pursued to get us out of the deep holes Freeman shows clearly we and others have dug for ourselves.
–Thomas R. Pickering, Former U.S. under secretary of state; Former U.S. ambassador to Jordan, Israel, Russia, India and the United Nation
Endorsement from William Polk
Ambassador Freeman knows first hand what he writes about. This is an important book for us all. Better, he brings to a depth of knowledge that adds up to wisdom.
–William R. Polk, Former president of the Adlai Stevenson Institute of International Affairs
Endorsement from Barbara Slavin
Chas Freeman’s new book, America’s Continuing Misadventures in the Middle East, should be required reading for all presidential candidates. A veteran diplomat who served as U.S. ambassador to Saudi Arabia during the 1991 Gulf war, Freeman’s verdict on U.S. foreign policy is harsh and largely justified. With bipartisan scorn, he faults Bill Clinton’s “dual containment” of Iran and Iraq in the 1990s, George Bush’s disastrous invasion of Iraq in 2003 and both parties’ enablement of Israeli settlement expansion and repression of Palestinians. In this compendium of speeches delivered from 2010­­–15, Freeman occasionally fails to foresee fast-moving developments, such as Egypt’s U-turn to authoritarian rule. But his prescription for U.S. policy is on the mark….
–Acting director of the Future of Iran Initiative, the Atlantic Council
Endorsement from Stephen Walt
In America’s Continuing Misadventures in the Middle East, Amb. Chas Freeman brings his unparalleled experience, vast erudition, and enormous intelligence to bear on the sorry tale of U.S. Middle East policy. This clear-eyed collection of essays and speeches explains why the United States has repeatedly failed to achieve its main goals in this vital region, usually at considerable human, economic, and political cost. Readers will enjoy Freeman’s elegant and often witty prose, but not the parade of illusions and follies that he recounts. If you want to know why the United States has erred in the past and how it might do better in the future, read this book.
–Stephen Walt, Robert and Renee Belfer Professor of International Affairs, Harvard University

America’s Continuing Misadventures in the Middle East is available in Hardcover ($33.99) and Paperback ($19.99) 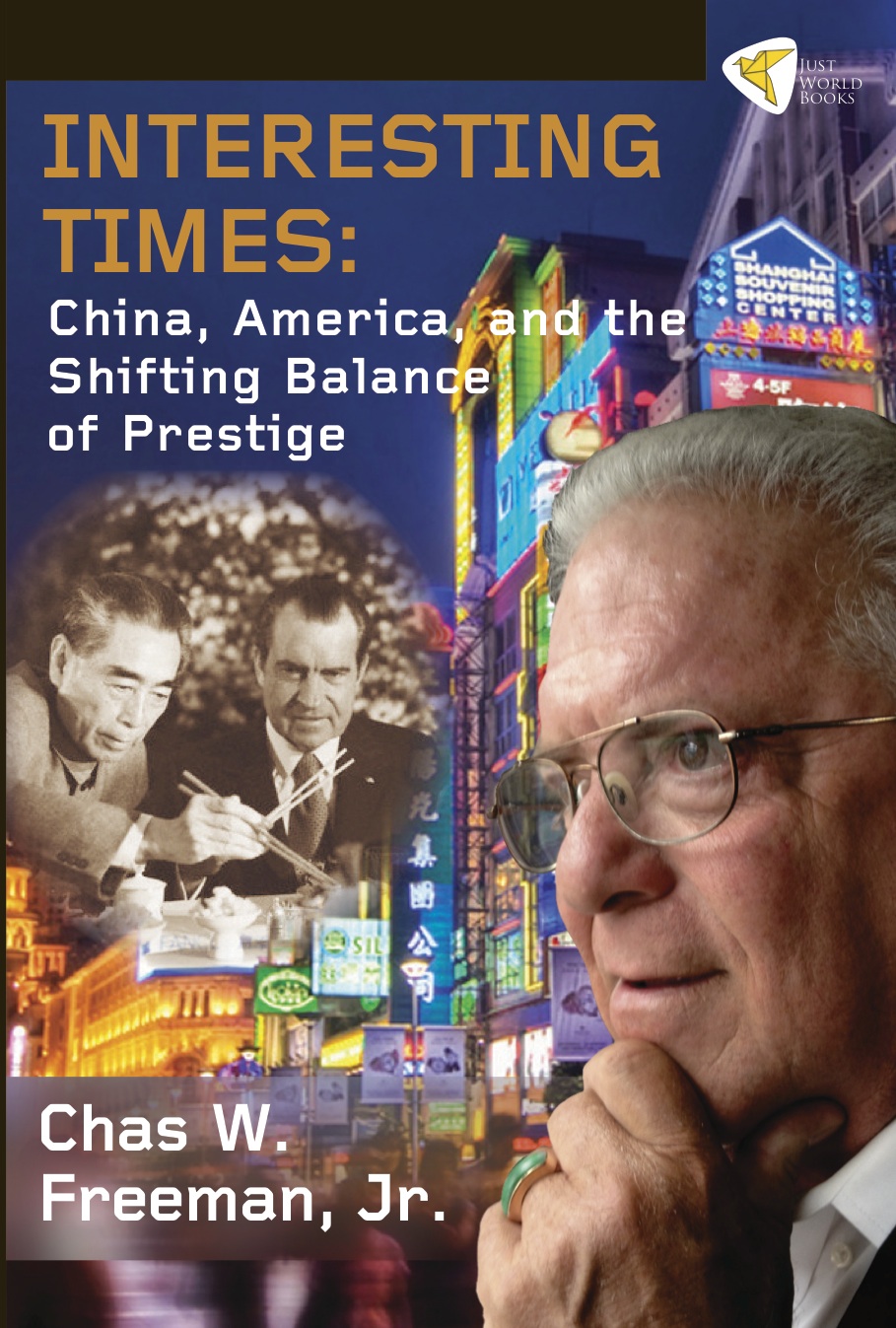 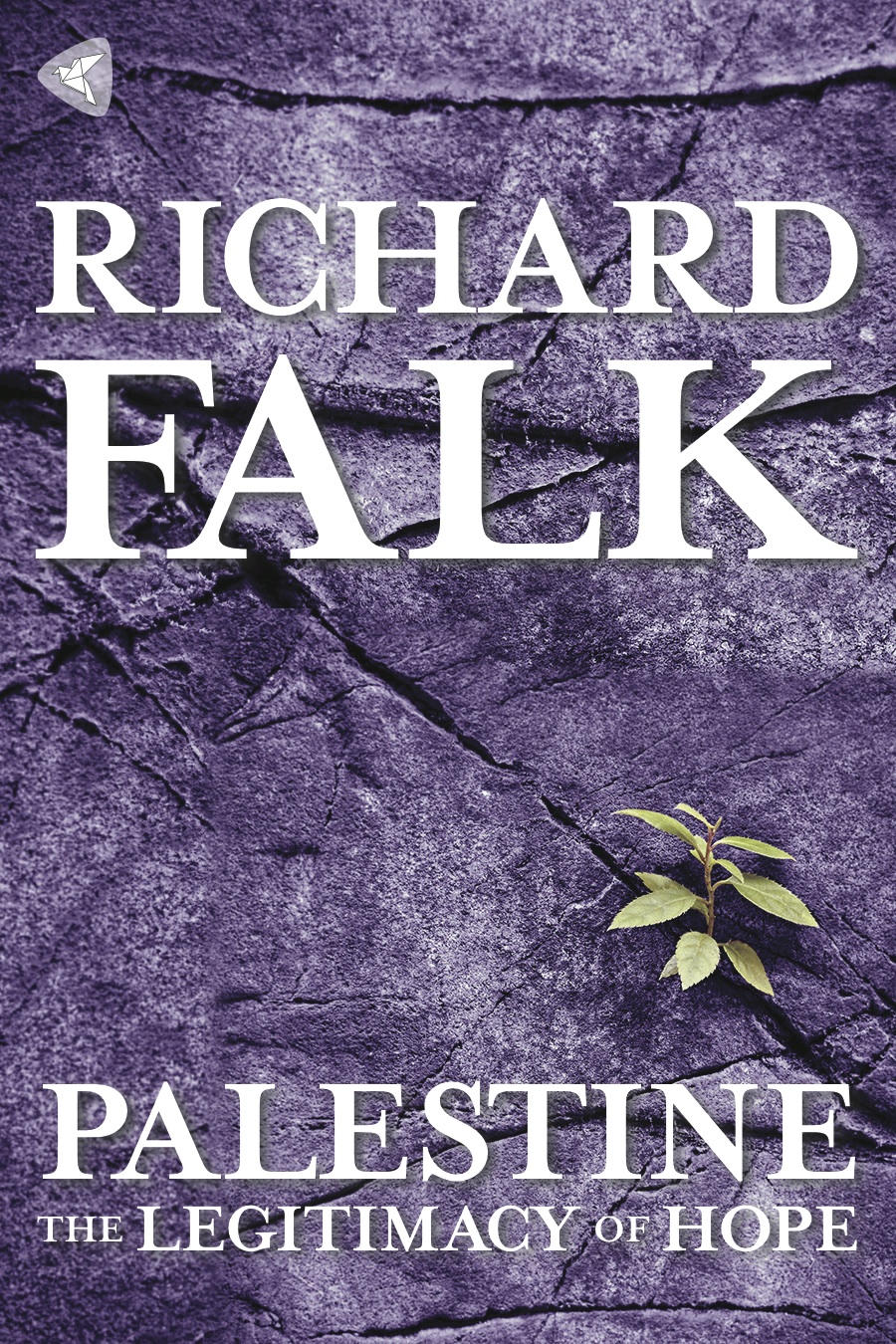 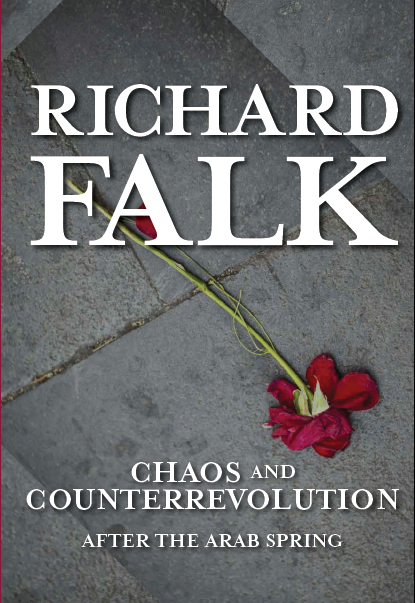