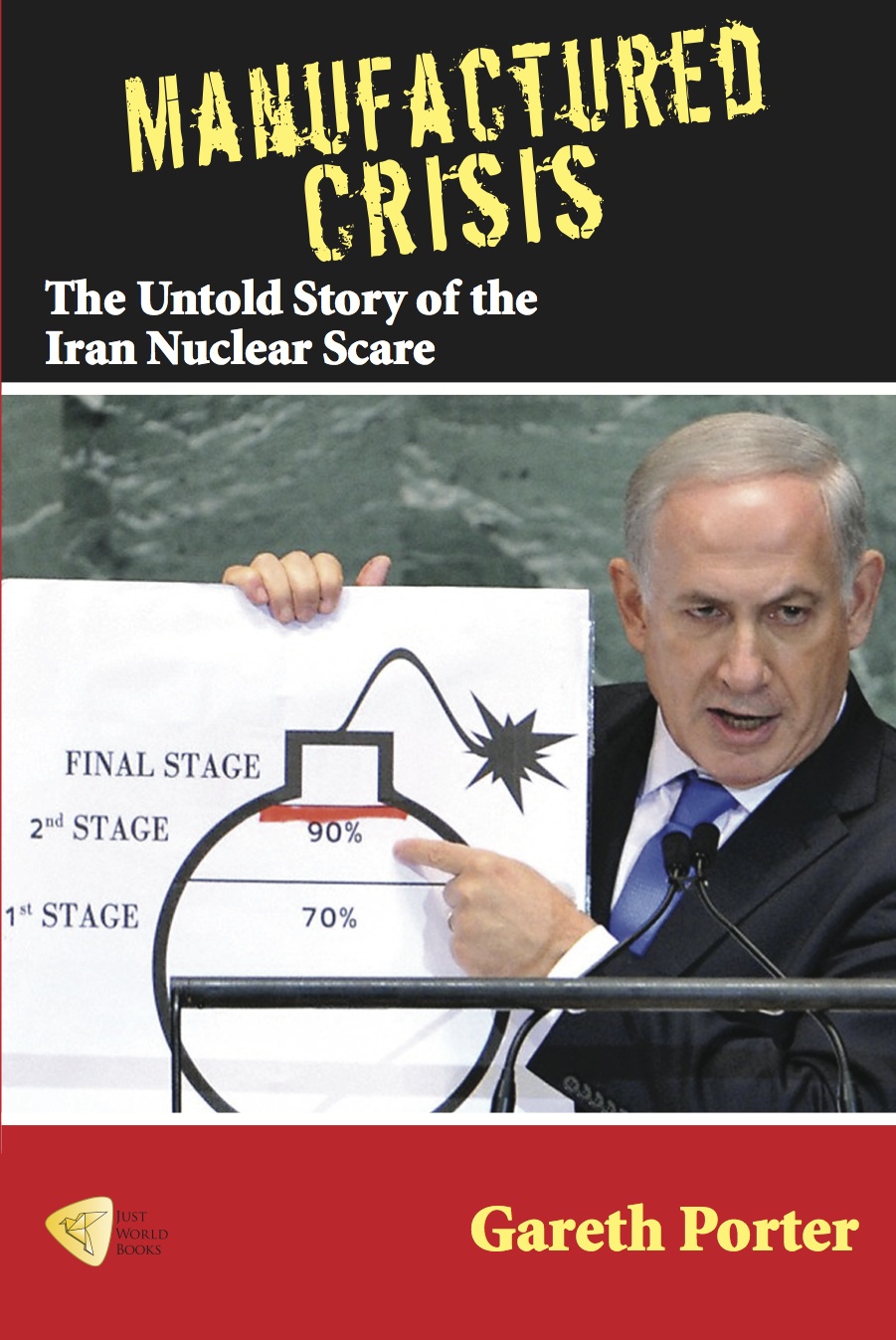 The Untold Story of the Iran Nuclear Scare
by Gareth Porter

I feel grateful to Gareth Porter for his intrusive and critical examination of intelligence material passed to the IAEA. Hans Blix, Former Director General of the IAEA

For several years now, Israel and U.S. officials and much of the mainstream media have maintained a steady drumbeat of allegations and accusations that the government of Iran has been pursuing a secret, “military” adjunct to its (quite legal, and regularly inspected) civilian nuclear program. Numerous western officials and commentators have warned that there will be a time coming very soon, beyond which this alleged military nuclear program will be unstoppable. Israeli PM Benjamin Netanyahu and other Israeli officials have warned that military action must be taken, if necessary, to prevent this from happening. Meantime, Washington has been leading a worldwide effort to impose punishing economic sanctions on Iran, in an effort to make it give up this alleged nuclear-weapons program.

Exposes the many lies and half-truths that have been promulgated over more than two decades to try and convince the American public and the world that Iran is the chief danger to international peace through its nuclear program…Prof. William Beeman, University of Minnesota

But where is the evidence that this program even exists? Veteran investigative journalist Gareth Porter has been following this issue closely for over six years. In his book, Manufactured Crisis: The Untold Story of the Iran Nuclear Scare, he will show how Israel and the George W. Bush administration successfully portrayed the various actions taken by Western nations and the International Atomic Energy Agency (IAEA) as responses to a long history of Iranian covert work on militarization of its nuclear program. In reality, however, the United States had intervened aggressively as early as 1983 to prevent Iran from its open effort to pursue its legitimate right to peaceful nuclear power– and it was that aggressive U.S. intervention that pushed Iran to resort to black market transactions in order to acquire the technology needed for its civilian nuclear power program.

Gareth Porter is among the last of that rare breed—the independent investigative journalist who brings to bear long experience in foreign policy reporting with a keen and critical eye for K Street propaganda. He is essential.Prof. Juan Cole, University of Michigan

At the center of the book is the story of how documents alleged to have been stolen from an Iranian nuclear weapons research program became the primary driving force in building a consensus that Iran did have such a covert program. It also details the multiple indications that the documents were fraudulent, based on a series of contradictions between material in the documents themselves and well-established facts. Manufactured Crisis reveals, on the basis of interviews with Iranian and former IAEA officials, how the IAEA has been manipulated to put out reports suggesting that Iran had such a covert weapons program– based overwhelmingly on documents that originated in Israel. It also documents the fact that U.S. intelligence on the Iranian nuclear program has been systematically distorted by political hostility toward Iran as well as by the structure of CIA assessments on the subject.

1. The US Denial Policy and Its Consequences
2. The Politics of Iran’s Nuclear Secrecy
3. Iran’s Unknown Nuclear Politics
4. US Political Origins of the Nuclear Scare
5. Israeli Political Origins of the Nuclear Scare
6. Choosing Regime Change Over Diplomacy
7. The IAEA Comes Up Empty
8. The Mystery of the Laptop Documents
9. Intelligence Failure
10. The Phantom Bomb Test Chamber of Parchin
11. Phony War Crises

Endorsement from William Beeman
Gareth Porter has been the most conscientious follower of the purported danger of Iran’s purported “nuclear weapons program.” In his new, meticulously documented book, Manufactured Crisis, he exposes the many lies and half-truths that have been promulgated over more than two decades to try and convince the American public and the world that Iran is the chief danger to international peace through its nuclear program….

Porter’s book is essential reading for all Americans wary of manufactured paths to war that have become a major theme in U.S. foreign relations after World War II.
–William Beeman, Professor, Department of Anthropology, University of Minnesota

Endorsement from Hans Blix
While valuable to give international inspectors tips about where to go or what to examine, national intelligence presented or peddled is often problematic as evidence. In the case of Iraq, defective intelligence contributed to a war against weapons of mass destruction that did not exist. Could unreliable or cooked intelligence one day lead to an attack on Iranian intentions that may not exist? I feel grateful to Gareth Porter for his intrusive and critical examination of intelligence material passed to the IAEA. When security organizations do not shy away from assassinating nuclear scientists we can take it for certain that they do not for a moment hesitate to circulate false evidence.
–Hans Blix, Former Director General of the IAEA
Endorsement from Chas W. Freeman, Jr.
Want to understand why a peaceful U.S. modus vivendi with Iran has been so elusive? Read this exceptionally timely, gripping account of the Iranian nuclear program and the diplomacy surrounding it! Porter meticulously documents both Iranian misjudgments and American and Israeli diplomatic overreach based on willful self-deception and political, bureaucratic, and budget-motivated cherry-picking of intelligence to support unfounded preconceptions. He shows how these have combined to produce a steady escalation of both Iranian enrichment activities and Western sanctions. Manufactured Crisis is essential reading for anyone interested in the resolution by diplomacy of a confrontation that otherwise threatens a reprise of the delusional decision-making that led to the Iraq War of 2003–11 but with even more catastrophic consequences.
–From Amb. Chas W. Freeman, Jr., former U.S. ambassador to Saudi Arabia and author of America’s Continuing Misadventures in the Middle East
Endorsement from Graham E. Fuller
At a time of irrational hype and often irresponsible western journalism on the subject of a “nuclear Iran”—promoting heightened confrontation and even the possibility of war—this book provides disturbing and detailed insight into the manipulation—even invention—of “facts” marshaled to achieve dubious US and Israeli policy objectives. Gareth Porter, one of our most distinguished and dogged investigative journalists and historians, provides a striking and vital corrective on the geopolitically damaging course of our last decades of manufactured confrontations with an already prickly Iran.
–Graham E. Fuller, former vice-chair of the National Intelligence Council at CIA and author of A World Without Islam and Three Truths and a Lie (a memoir)
Endorsement from Seymour Hersh
Gareth Porter has become a one-man truth squad for the American government and its acolytes in the mainstream press corps…His probing and digging is a reminder that those in power, and those who report on that power, must be held to the highest possible standard.
–Seymour M. Hersh, Pulitzer Prize-winning investigative journalist
Endorsement from Shireen Hunter
Those who regularly follow Iranian affairs and Iran’s relations with the United States, always knew that Iran’s nuclear dossier was closely linked with the broader problems of how to deal with Iran and what strategies to adopt towards the Islamic Republic. Now, Gareth Porter through extensive and meticulous research demonstrates these elaborate linkages. In understanding these linkages Iran watchers would be better able to predict the future trajectory of the Iran nuclear dossier.
–Shireen T. Hunter, Visiting Professor, Georgetown University
Endorsement from Peter Jenkins
Porter has been investigating the Iranian nuclear case for the best part of a decade. The result of his researches is both a fascinating addition to a growing corpus, unlike any previous work on the issue, and a disturbing indictment of US and Israeli policies.
–Amb. Peter Jenkins, CMG, UK Ambassador to the IAEA 2001-06
Endorsement from Oliver Stone and Peter Kuznick
Manufactured Crisis is untold history at its finest! Gareth Porter systematically and masterfully debunks three decades of U.S. and allied lies and distortions about an Iranian nuclear weapons program that never really existed.
–Oliver Stone and Peter Kuznick, Co-authors, The Untold History of the United States 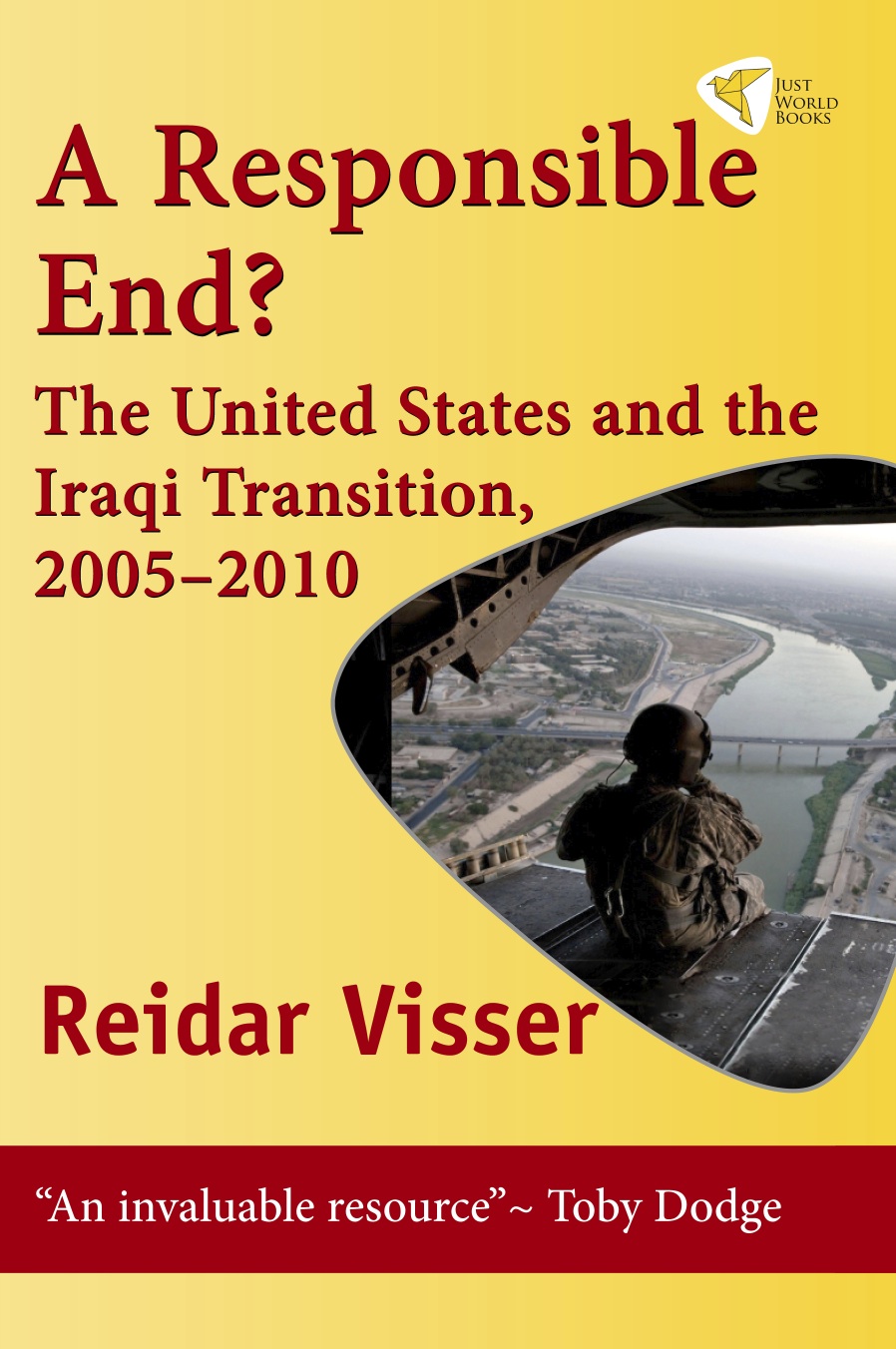 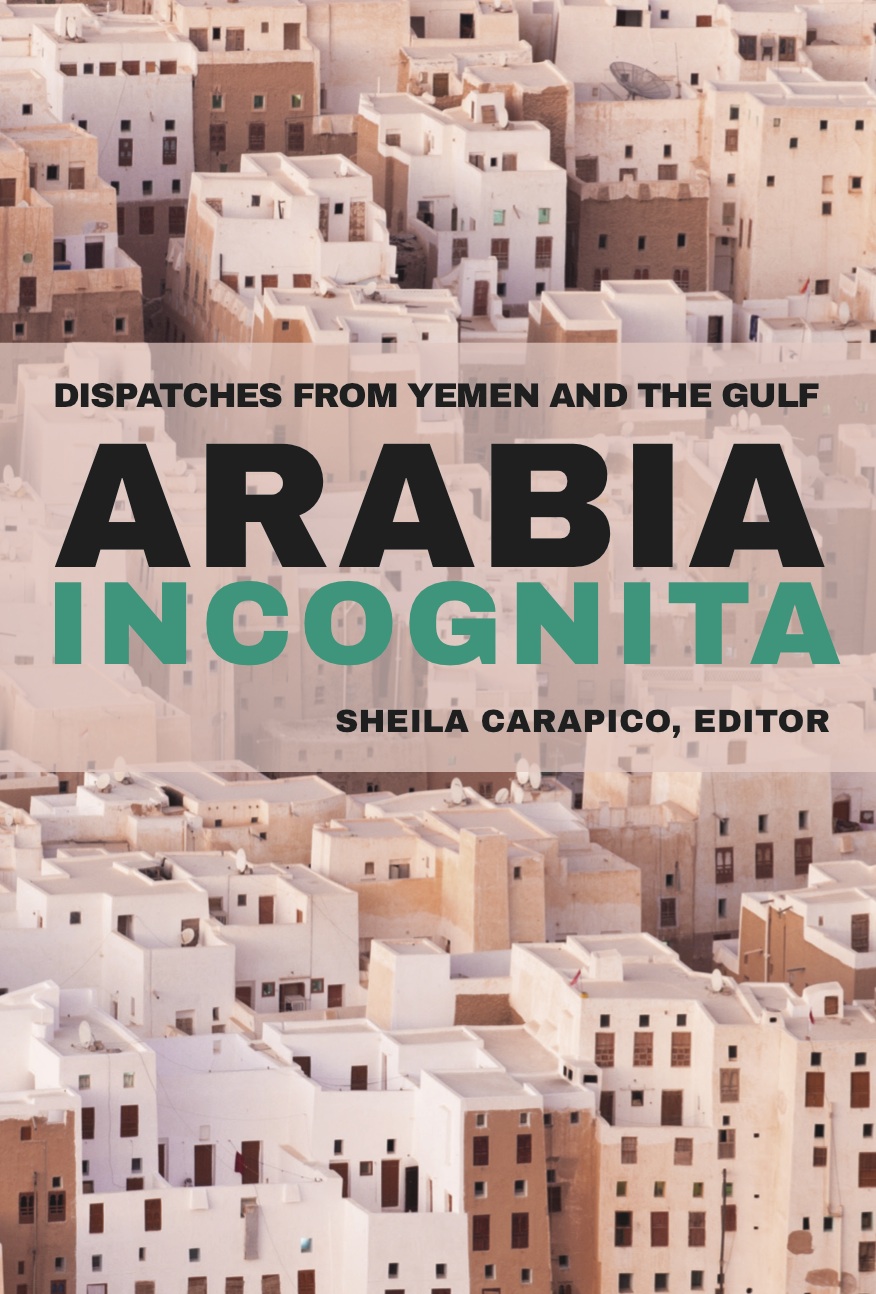