“Each of Mohammad Sabaaneh’s powerful drawings is like a gut punch that gets straight to the essence of the stark reality of Palestinian life under Israeli occupation. This is how an artist resists.”
Joe Sacco, author and illustrator whose books include Palestine and Footnotes in Gaza

Mohammad Sabaaneh, a talented political cartoonist from Palestine, has gained worldwide renown for his stark black-and-white sketches, which draw attention to brutalities of the Israeli occupation and celebrate the Palestinians’ popular resistance. These provocative drawings do not flinch from tackling the tough subjects that confront Palestinians, from Israel’s everyday injustices in the West Bank to their frequent military operations on Gaza. This collection includes 180 of Sabaaneh’s best cartoons, some of them depicting the experience of Palestinian political prisoners being held in Israel.

In his Foreword, titled “Sabaaneh’s Social Surrealism”, veteran American political cartoonist Seth Tobocman notes the influence of Picasso and Braque on Sabaaneh’s work, and asks: “Can there be an accurate depiction of an insane situation? Why should we draw in perspective when the world has lost its perspective? When reality becomes bizarre social realism gives way to social surrealism.” 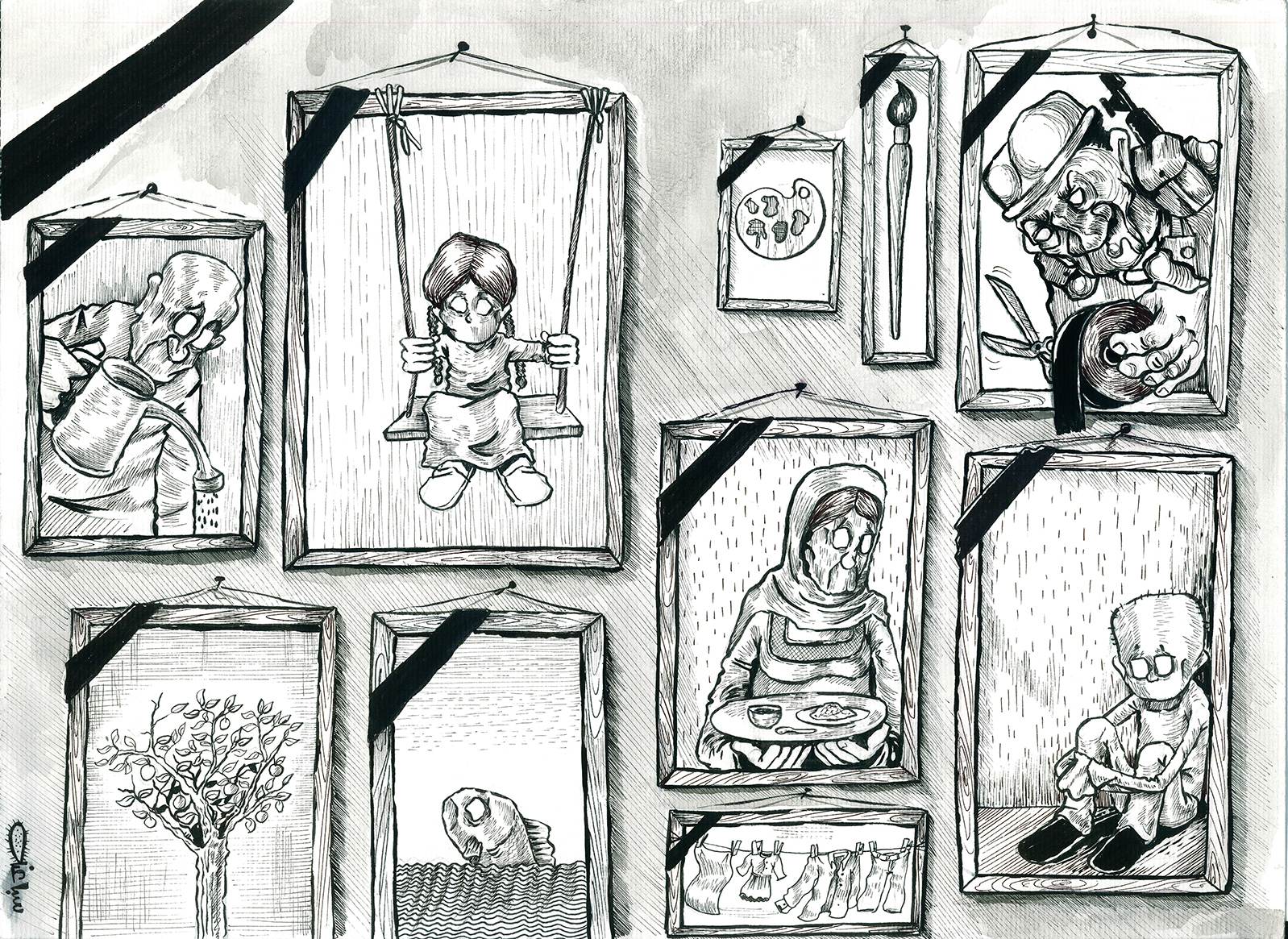 Here’s what leading political cartoonists and commentators are saying about Black and White:

Despite working at a very complicated crossroads of ideology and political pressures, Mohammad Sabaaneh continues to produce sharp, incisive cartoons.  His tenacity and courage is an inspiration for cartoonists around the world.Matt Wuerker, Pulitzer Prize-winning editorial cartoonist at Politico

If you want to get a smart Palestinan’s view of what’s happening in the Middle East, you can’t do better than look at Mohammad Sabaaneh’s cartoons—they tell you more than words can say.Victor Navasky, publisher emeritus, The Nation

Being a editorial cartoonist in the world today is a challenging task. First there are the journalistic rigors of keeping abreast of the news big and small, local and international. Then there are the satirical challenge of finding a way for you to employ the many faces of humor in your cartoon commentary. Finally there is the artistic challenges of drawing your satirical commentary in a compelling visual way on short deadlines.
Mohammad has proven that he can master all the difficult challenges of our unique craft. But what makes Mohammad’s place in the world of cartooning so extraordinary is that he performs his art in the world’s hottest of political hotspots. There is no place on the planet where the skins are thinner or the fuses shorter than in the Israel/Palestinian conflict. Mohammad bravely uses his great talents as a cartoonist to work in the midst of this political minefield.
Mohammad has earned the respect and admiration of many in the global cartoon community. I salute Mohammad and his cartoon efforts.KAL, editorial cartoonist, The Economist

An eloquent work on the ravages of settler colonialism. Every line in this collection achingly cries ‘Palestine, Palestine!’ This book is a must for all who care about peace and justice.Khalil Bendib, author, Mission Accomplished: Wicked Cartoons by America's Most Wanted Political Cartoonist

Sabaaneh’s illustrations are intricate and moving—stark, striking, and rich with Palestinian visual traditions and symbols. The result is a series of intimate portraits of Palestinian life under occupation that combines history and present day reality. These cartoons are a powerful call to action, both to the international community and to the Palestinian people, serving as a reminder that at the end of the day it is we—Palestinians around the world—who will be the masters of our own destiny.Leila Abdelrazaq, graphic artist and author of Baddawi

Mohammad Sabaaneh is one of the most talented Palestinian cartoonists working today. His haunting figures, rendered in black, white and grey, show us a vivid Palestinian perspective on the Israeli-Palestinian conflict, protest, injustice and human rights. Sabaaneh avoids the stereotypes so often encountered in cartoons about Israel made by Arab cartoonists, making his message that much stronger.Tjeerd Royaards, cartoonist & editor-in-chief of Cartoon Movement

Mohammad Sabaaneh has been accused of many terrible things. This is good. The best political cartoonists are always accused of libel, blasphemy and slander. In a part of the world where the conflicts have run so long that the issues seem dreadfully familiar, Mohammad’s brutal cartoons about a brutal occupation prompts readers to think about things from a different perspective. A fresh point of view can change the world, and no one’s trying harder to do that than Mohammad Sabaaneh.Ted Rall, nationally syndicated editorial cartoonist and columnist

Each of Mohammad Sabaaneh’s powerful drawings is like a gut punch that gets straight to the essence of the stark reality of Palestinian life under Israeli occupation. This is how an artist resists.
Joe Sacco, author and illustrator whose books include Palestine and Footnotes in Gaza 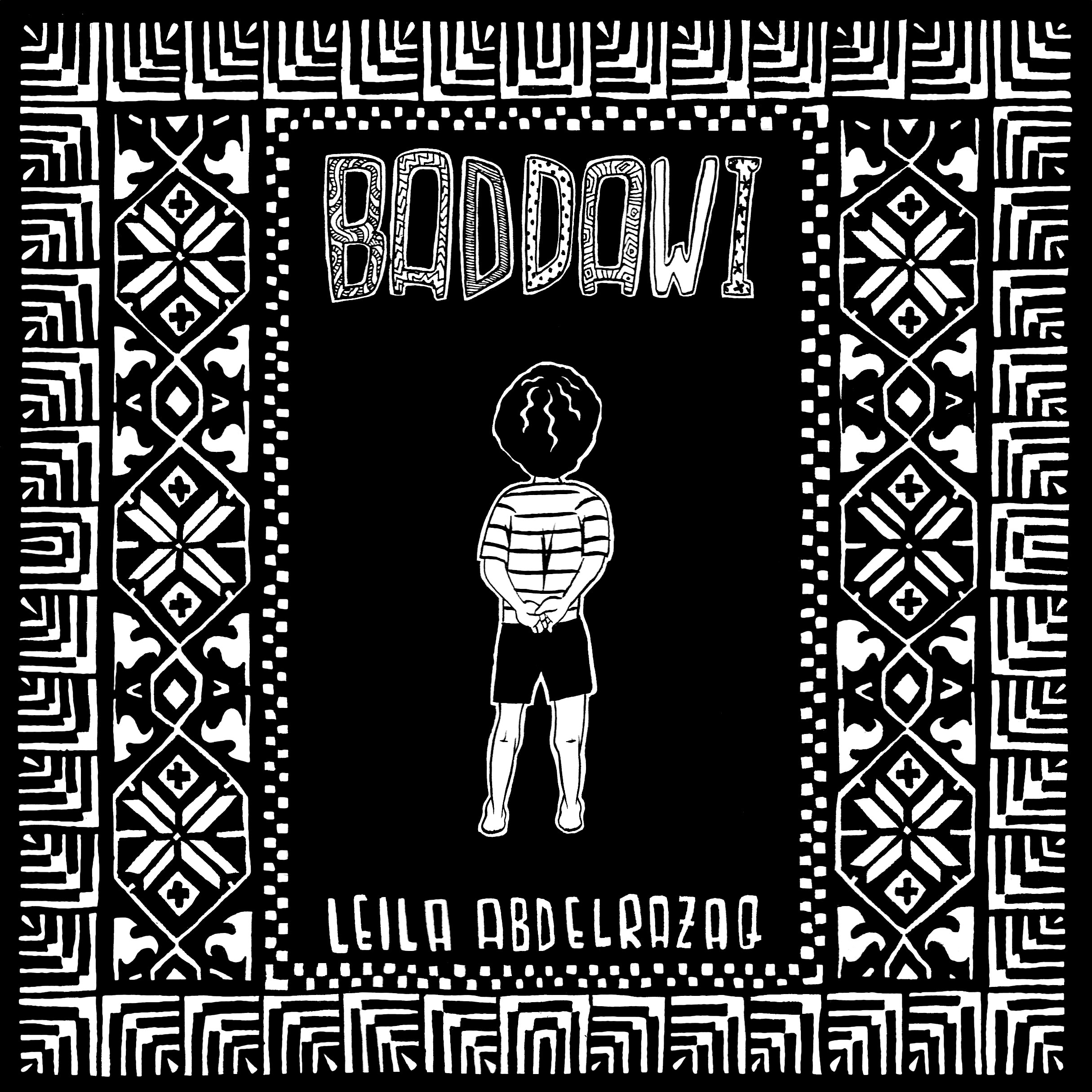